With a big plan to get out of the city and be a bit active we left the house at 11:30, hoping to be in some small town for lunch.  We walked as we do a few blocks from the house to where the car was stashed.  Oh, what fun, ahead of us a huge crane was lifting a couch (or was it?) through the sky

Just the sort of thing we like to see.  As we got closer it began to dawn on us that that crane was pretty darn close to where the car had been parked and we joked a bit about having it lift us out of the space.  Well… ha ha he he….

They were lifting to the penthouse 10 rooms of furniture.. how to get us out and on our way… 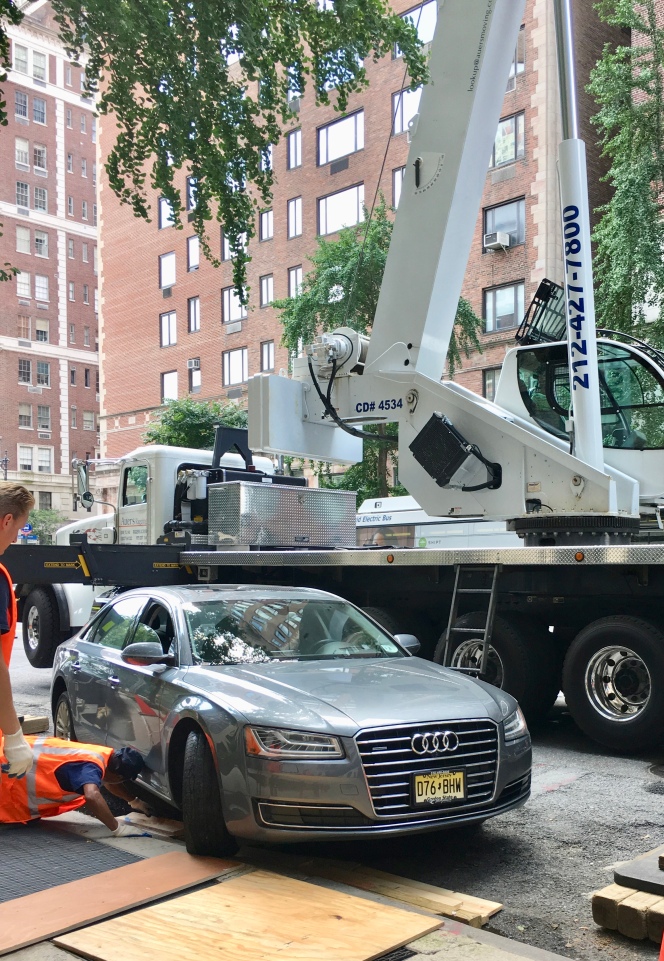 and back out into the street….

We are on our way.. could this day get any better.  For me, the experience was already unbeatable but Brad had a plan to get me to a waterfall and off we went, across town, through the tunnel and over into Patterson New Jersey to

Mary Ellen Kramer Great Falls Park.  Where, as it turns out they were celebrating the 102nd Founders Day of the National Parks.   Who knew such thing even existed!!!

We enjoyed a short speech by a young scout and went on to view the falls.

There is a whole story about the fledgling city of Patterson building a hydro plant and a damn and becoming an industrial center in 1914.

neither words nor pictures can describe the swirls of water, the sounds and the mesmerizing effect it all has.  And here we were in the middle of a downtown park not out in the wilderness.  A whole small city had grown up around these falls and the power they would generate.  And yet they were able to see the beauty.

Enough of that though, back on the road to… well, Im not sure.  We got off track looking for lunch.  Neither Siri nor Alexa nor google maps was really able to help us just find a small town and a small local yummy food spot.  Brad of course did peter than I and we wound up touring West Milford on our way to Hamburg to Granny’s for lunch.  Known apparently for their pancakes I went for an open faced turkey.  I want to give it a 3 out of 10 but it deserves better.  The turkey was fresh, the gravy good but the fries felt like a reheat.. not good, never necessary.  brad had a good omelette but if we cone back it would only be for pancakes.

On through Lafayette where we passed ( well, I was not really a participant in the decision) a new Bakery and Tea house on our way to the Delaware gap.  As we passed into the next town we noticed people lining the streets.  Lining may be an exaggeration, more like small groups spaced out every half block or so.  I had to know what was going on , must be a parade and we finally stopped and asked and sure enough, today was the annual tractor parade.  I didn’t care how many waterfalls waited, I wanted to see it.. and well worth it. 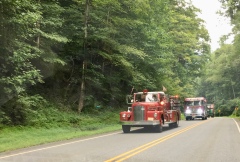 And as if that wasn’t enough….

we decided not to get in line going 6 mph and changed direction.. turns out we found the loop in the other direction and glimpsed the remainder of parties that had gathered for the parade..  I saw a few things that in my opinion were worth a picture 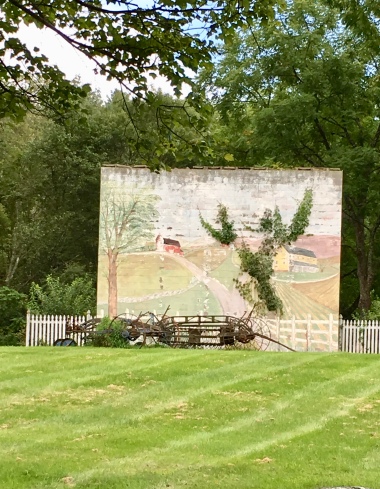 And a map of the maze

And a measuring stick

After all that you would think there couldn’t possibly be any more, but there was.  One last drive, one last walk down a short and for me sort of steep hill to …

The Delaware Gap waterfall which was the original intention for the day!

Home by 8, a salad and salmon for dinner, and now it’s Sunday and 84 degrees out and Brad wants to go out…