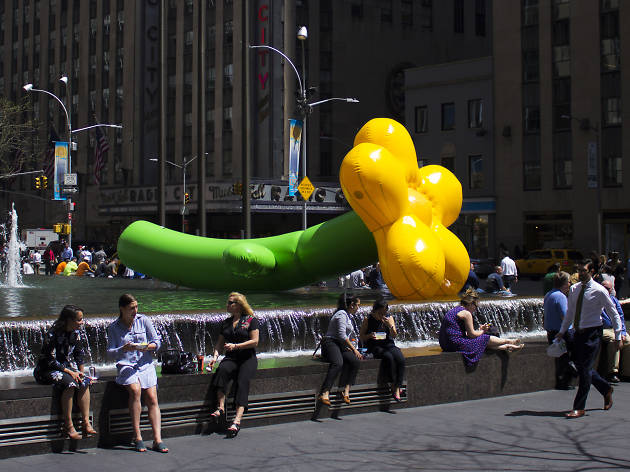 Although you might understandably confuse “Grown Up Flowers” with the work of Jeff Koons, these momumental blossoms are actual inflatables instead of renderings of the same in stainless steel. Their puffy presence along Park Avenue gives midtown a much-needed jolt of playfulness. Park Avenue between 44th and 55th Sts. Through July 2018. 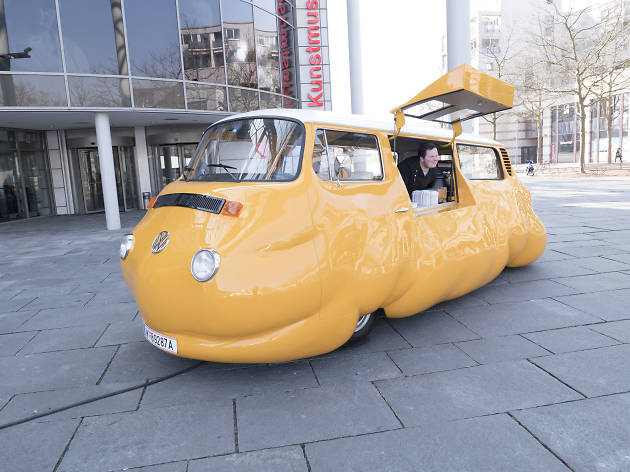 A sort of arty version of the Oscar Mayer Wienermobile, this customized VW bus has been repurposed as interactive public art installation that will be giving out free hot dogs all summer. The handiwork of absurdist Austrian conceptualist Erwin Wurm, Hot Dog Bus offers a humorous jibe at consumerism while saluting one of NYC’s signature foods. Brooklyn Bridge Park, Brooklyn. Through Aug 26. 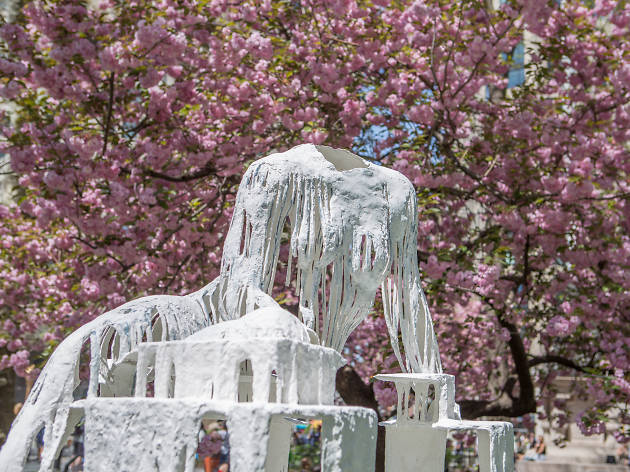 This group of six new sculptures by the Syrian-born Brooklyn artist Diana Al-Hadid represents the artist’s first major public art project and features her signature blend of figurative and architectural elements that seem to dissolve into thin air. Made of materials like gypsum and fiberglass, her apparitions draw upon the ancient past for inspiration while evoking a vision that combines sci-fi with spiritualism. Madison Square Park. Through Sept 3. 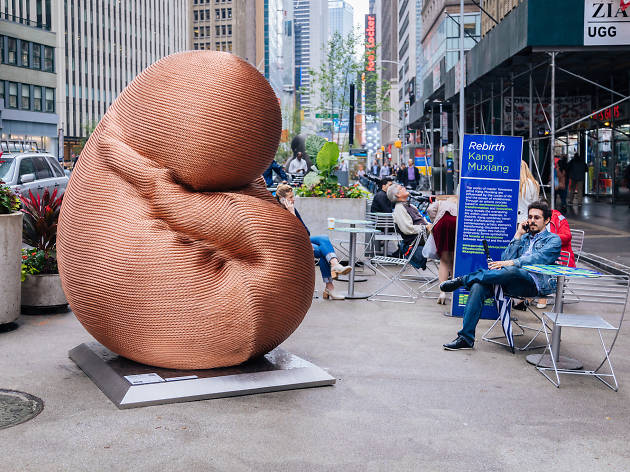 Seven monumental sculptures have taken up residence along Garment District pedestrian plaza in midtown courtesy Taiwanese artist Kang Muxiang, who fashioned the embryonic forms out of recycled elevator cables salvaged from Taipei 101, which is currently the ninth tallest building in the world. Broadway between 36th and 39th Sts. Through Sept 15. 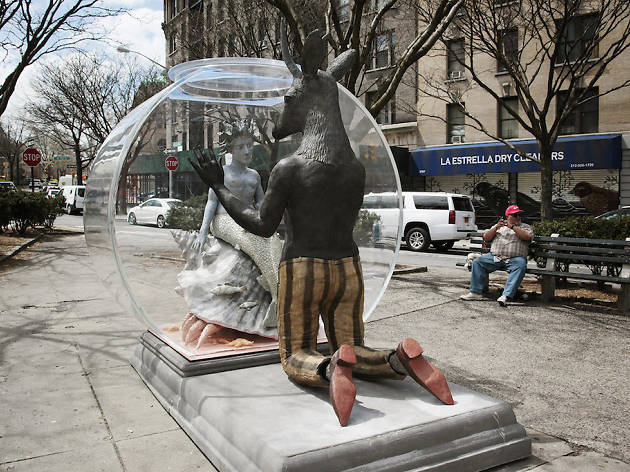 For her first major outdoor art project, artist Kathy Ruttenberg has installed six large scale fantastical sculptures at various spots along Broadway from Lincoln Center to Hamilton Heights. Made from a variety of materials that include, glass mosaic, transparent cast resin and LED, the works portray anthropomorphized animals and trees like something out of Alice In Wonderland. Broadway Malls between W 64th and W 157th Sts. Through February 2019. 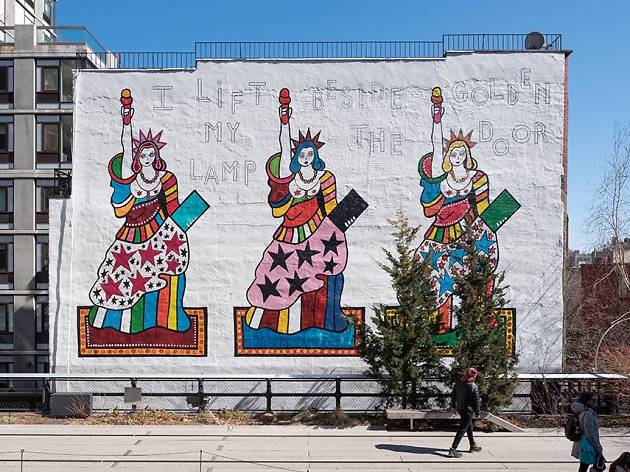 Dorothy Iannone, “I Lift My Lamp Beside the Golden Door”

Iannone, an American ex-pat artist who lives in Berlin pays homage to the Statue of Liberty, portraying The Lady In The Harbor as a trio of figures rendered in different eye-popping palettes with the titular line—taken from the Emma Lazarus poem engraved on a plaque inside the statue’s base—written above them. While Iannone is known for rendering frankly sexual scenes in a style that combines Pop and Folk Art, here, she seems to weigh in on the hotly-debated topic of immigration using unabashedly patriotic imagery. High Line at 22nd St. Through Mar 2019.